Top 10 of the week of September 5th: “Cobra Kai” enters first place; “End Of The Road” tops the movie list 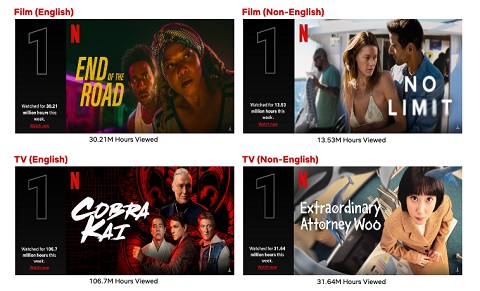 Cobra Kai made a big comeback when season 5 returned with a whopping 106.7 million watch hours, making it the most watched title this week on the UK TV list. Starring Ralph Macchio and William Zabka, the series has been in the Top 10 in 83 countries. The highly anticipated season has introduced a new class of stars ready to take their place in the dojo.

As for non-English films, newcomers included French drama No Limit, Spanish comedy Hollyblood, and Turkish drama The Festival of Troubadours. In its third week, Danish thriller Loving Adults had 12.59 million viewing hours and entered the most popular list in tenth place with 60.02 million viewing hours in total. Brazilian comedy Fenced In, Spanish thriller Under Her Control and Korean action adventure Seoul Vibe are back on the list.

READ ALSO :   Do Revenge cast: where you've already seen the stars of the Netflix movie 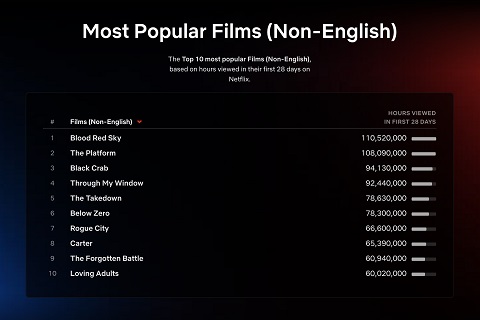