Netflix released the “big guns” online, with “Stranger Things” released in late May with Volume 1 and July 1’s Volume 2, bringing the world its latest episodes to date. The show is massive on the online streaming platform, and it’s proof? The latest statistics of Netflix said “Stranger Things” Season 4 accumulated more than 1 billion views on its platform.

However, it still has not caught up to the hit Korean drama series from last year, “Squid Game.” 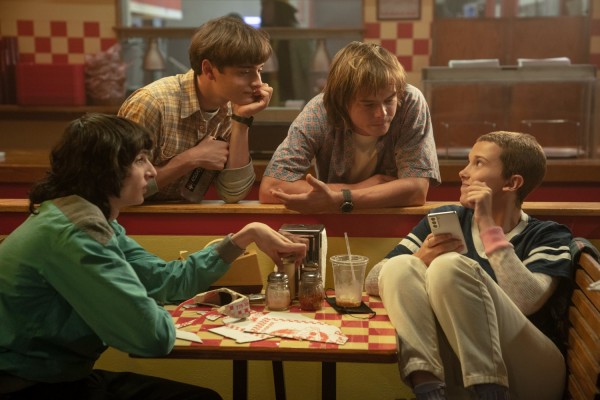 In more than a month of the “Stranger Things” release of Season 4, from late May to early July, the company already recorded 1 billion hours of views from the public. Netflix’s Top 10 global metrics online showed the many shows and their viewership hours from the people worldwide, and “Stranger Things” made another history as the second show to attain more than a billion.

The show’s massive fanbase brought its global fame and achieved humongous numbers for Netflix, and it does not stop with Season 4. Stranger Things‘ past seasons and episodes also get high numbers for people that are rewatching or starting to watch the entire series now that Season 4’s two volumes are available on Netflix.

Read Also: Netflix 2022: How to Effectively Choose a TV Show or Movie to Watch

Is it On-Track to Beat ‘Squid Game’ in Netflix’s History?

However, it still trails behind the famous Korean action drama, “Squid Game,” which attained the top global viewership for Netflix and recorded more than 1 billion viewership hours on the platform. “Squid Game” is still the most historical title on Netflix, and it is only beginning, gearing up for its upcoming Season 2 in the coming years.

“Stranger Things” is a massive contender for “Squid Game,” but it did not yet beat that of the Korean drama show on the platform. Nevertheless (SPOILER ALERT), it seems that it would repeat history when it gears up for Season 5, which is allegedly coming in 2024.

Netflix: Is it Recovering from its Losses?

Netflix is still one of the top streaming platforms today. Still, it experienced a massive decline in its subscriptions and users as there are other places to watch with different titles. Nevertheless, one of its saving graces is “Stranger Things,” which recently released its latest season, bringing massive additions to its plot.

Some of the series in the streaming platform brings a massive following in the world, and the company thrives from it as they are “on-demand” or available on their servers for all to rewatch or start watching. Despite being late in the trend, people may still catch up, and a lot has transitioned to real-life events.

“Squid Game” became a reality show for people to compete in, but in real life, it does not involve all the brutal killings of the players, only eliminations. ‘

The company got massive numbers back again for “Stranger Things,” and it may be its way to recover from its losses, being a strategic release in the right place and time for Netflix. Nevertheless, it brought significant viewership for the company that may be a way for them to bring back the old glory that is Netflix’s top spot in the industry.

Related Article: ‘Upside Down Playlist’ is Now Available on Spotify, Partnership with Netflix for ‘Stranger Things’

READ ALSO  Independence Day Special: How content has changed in the past 75 years from DD to Netflix

This article is owned by TechTimes

ⓒ 2022 TECHTIMES.com All rights reserved. Do not reproduce without permission.