Netflix’s revival of Iron Chef serves up plenty to love. Iron Chef: Quest for an Iron Legend offers five newly minted Iron Chefs, a fresh batch of exciting contenders from a variety of culinary backgrounds, engaging judges, surprise guests, the return of Iron Chef America‘s Chairman, and the delectable pairing of the salty Alton Brown (Cutthroat Kitchen) with the sweet Top Chef champ Kristen Kish. On top of that, this spinoff gives the contenders a chance not only to defeat an Iron Chef but also to take the honor of becoming the season’s singular Iron Legend. All good stuff! But as the TikTok wisdom goes, there’s just a point where you hit enough slices, and it becomes a mess.

Look, I’m not about to tell you that Iron Chef is the appropriate venue for less is more. As an avid fan of the original Japanese series, my attention was first caught by the over-the-top spectacle of the silken chef uniforms, the dynamic presentation of pepper-chomping Chairman Takeshi Kaga, and the bombastic reveals of secret ingredients. Iron Chef: Quest for an Iron Legend respects these origins by presenting their Iron Chefs week after week in a graphic split-screen treatment that has a playful “Choose Your Fighter” vibe. Unlike the Japanese series, however, these contenders don’t get to pick their kitchen rival. That call is made by their Chairman (Mark Dacascos). Now, he might lack the OG Chairman’s flashy fashion — preferring instead an all-black suit — but isn’t short on over-the-top theatrics when presenting the secret ingredient, or any other random twists thrown at the competitors.

The Challenges of this Iron Chef are cluttered 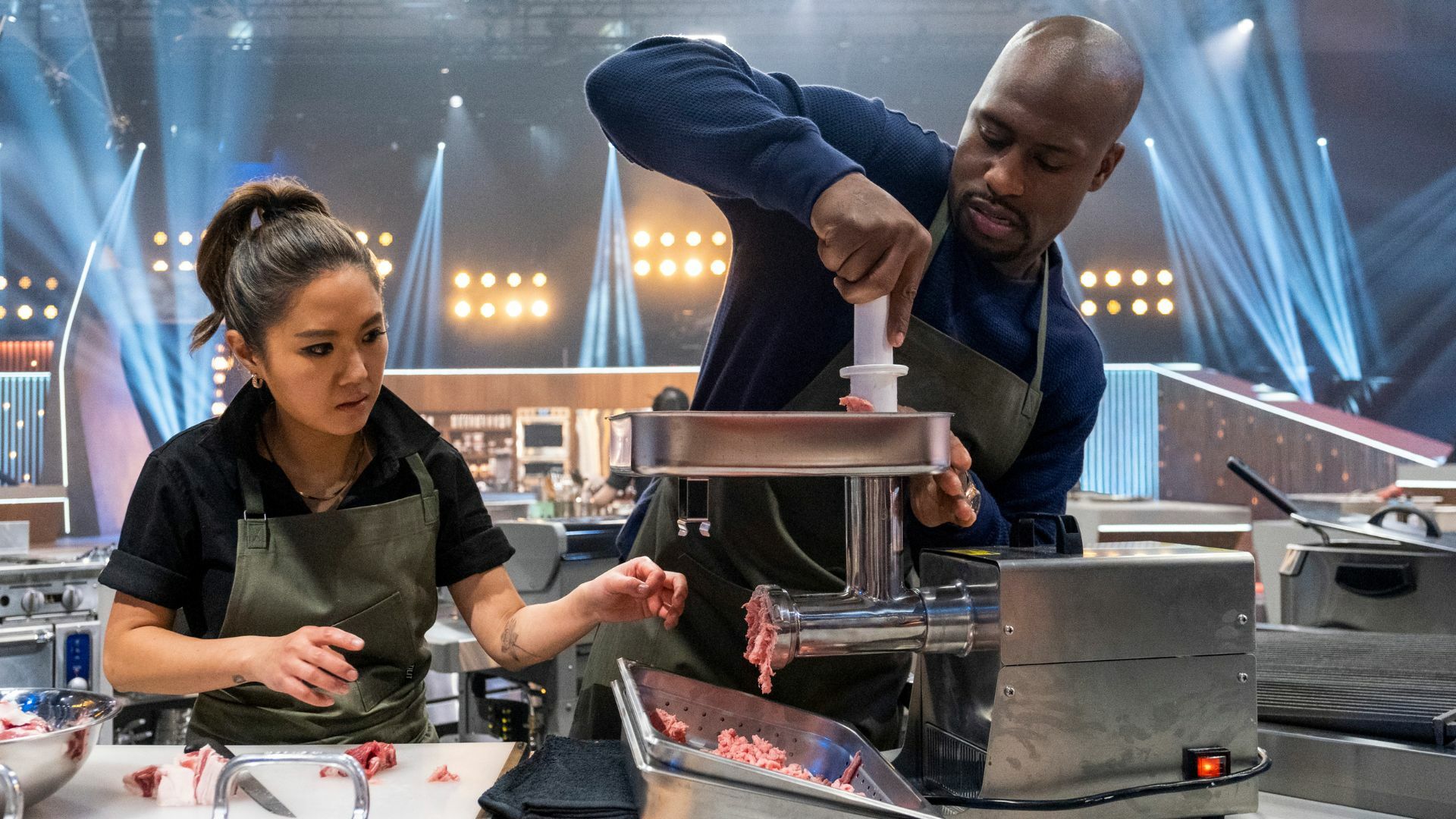 Let me take you back to the basement of my friend’s mom’s house in the ’90s, where we would gather each Friday night on a ratty couch to watch Iron Chef together, cheering and jeering as if it were the Super Bowl or Eurovision.

The reveal of the secret ingredient was always exhilarating, not only because of the Chairman’s infectious enthusiasm, but also because even the most mundane ingredient was made exciting through the constant speculation of the hosts, the food-porny close-ups of the preparation, and the cooing of appreciation from the judges. Sure, few reveals could be as cool as live octopus. Yet Iron Chef‘s cast and contenders always made sure every ingredient — no matter how seemingly run-of-the-mill — would prove impressive and delectable, even through a TV screen halfway around the world.

But Iron Chef: Quest for an Iron Legend seems to fear that after 7 seasons of Iron Chef and 13 of Iron Chef: America and several spinoffs from there, audiences won’t be awed by just one reveal. So, contender Esther Choi and Iron Chef Marcus Samuelsson face off not only over ribs, but also with the requirement that their meal must be tailgate-themed, and also they have football players as sous chefs. “Battle Medieval” features not only a specific inspiration, but also three separate reveals of secret ingredients. The show is throwing so many twists at us, it becomes difficult to savor the sensation of watching great chefs get creative with intriguing ingredients. It’s a frenzy of close-ups of a football player ignoring flames rising or another run back to the ingredient table or a scramble over another reveal. The build of the quest is fumbled.

The 10 best, most mouthwatering cooking shows on Netflix

Iron Chef: Quest for the Iron Legend loses focus on the food 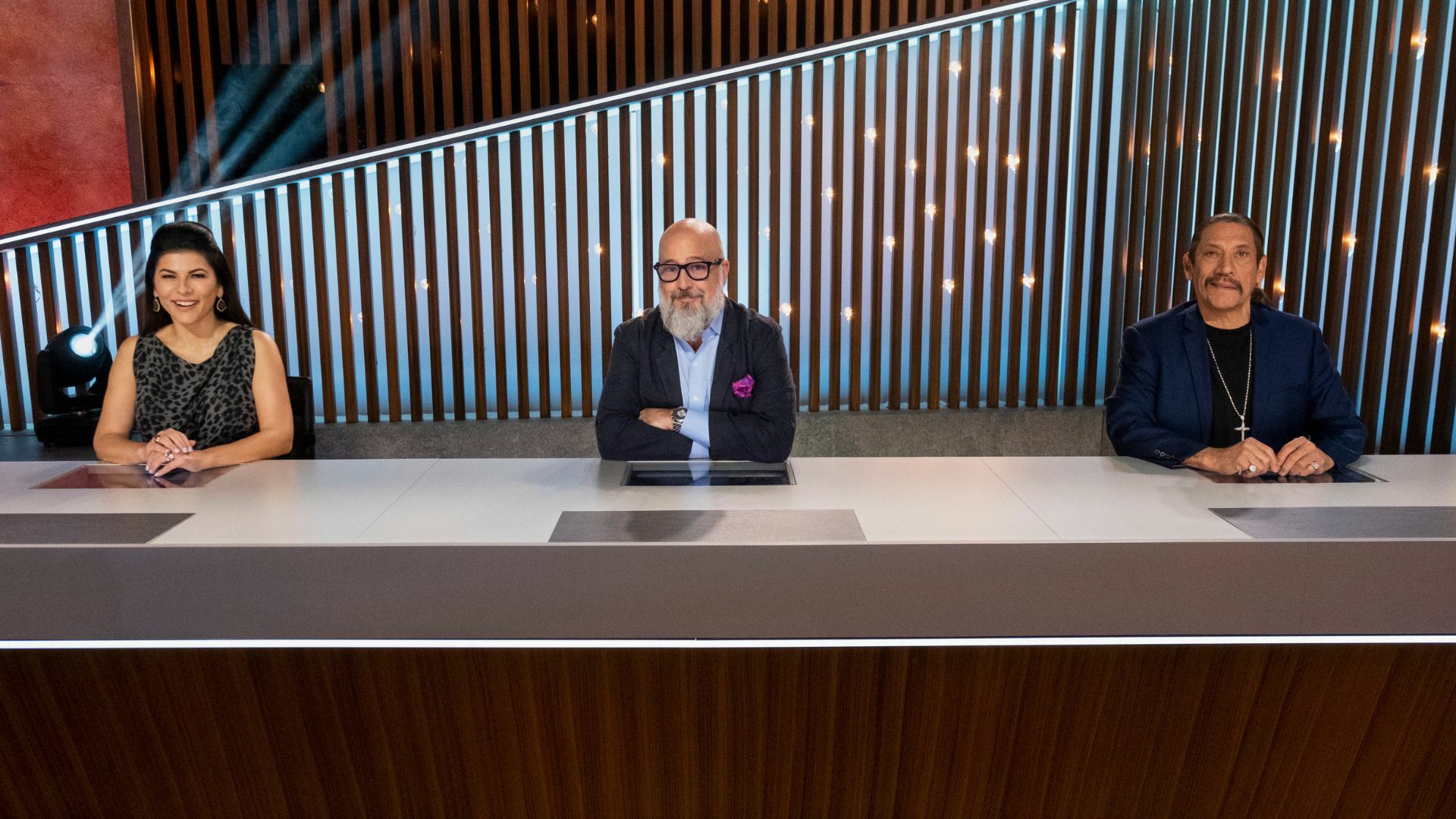 As ever, there’s a lot of storytelling going on in this series. We’re welcomed into the personal stories of the challengers, the Iron Chefs, the hosts, and the judges. These stories speak of how food is so much more than flavor. It’s heritage. It’s family. It’s finding bliss in difficult circumstances. Two of the standout moments of this first season came at the judging table. One, when Andrew Zimmern (Bizarre Foods) broke into soft tears, revealing how a contestant’s dessert reminded him of his grandmother’s favorite humble treat. In another episode, Danny Trejo, actor and taco/donut restauranteur, shares how instant ramen has a special relevance in penitentiary, where it’s so coveted that it’s used as currency. Both instances tie the oft-highfalutin cuisines of Kitchen Stadium back to simpler pleasures, honoring the kind of food any of us can make amazing.

However, when the show is rushing to include a barrage of new gimmicks, these moments can get drowned out amid the too-muchness. There are many instances in which some culinary word or food history reference was made, but no one stopped to explain it. It just whizzes past with a shrug, leaving those of us who aren’t mainlining cookbooks mildly baffled. 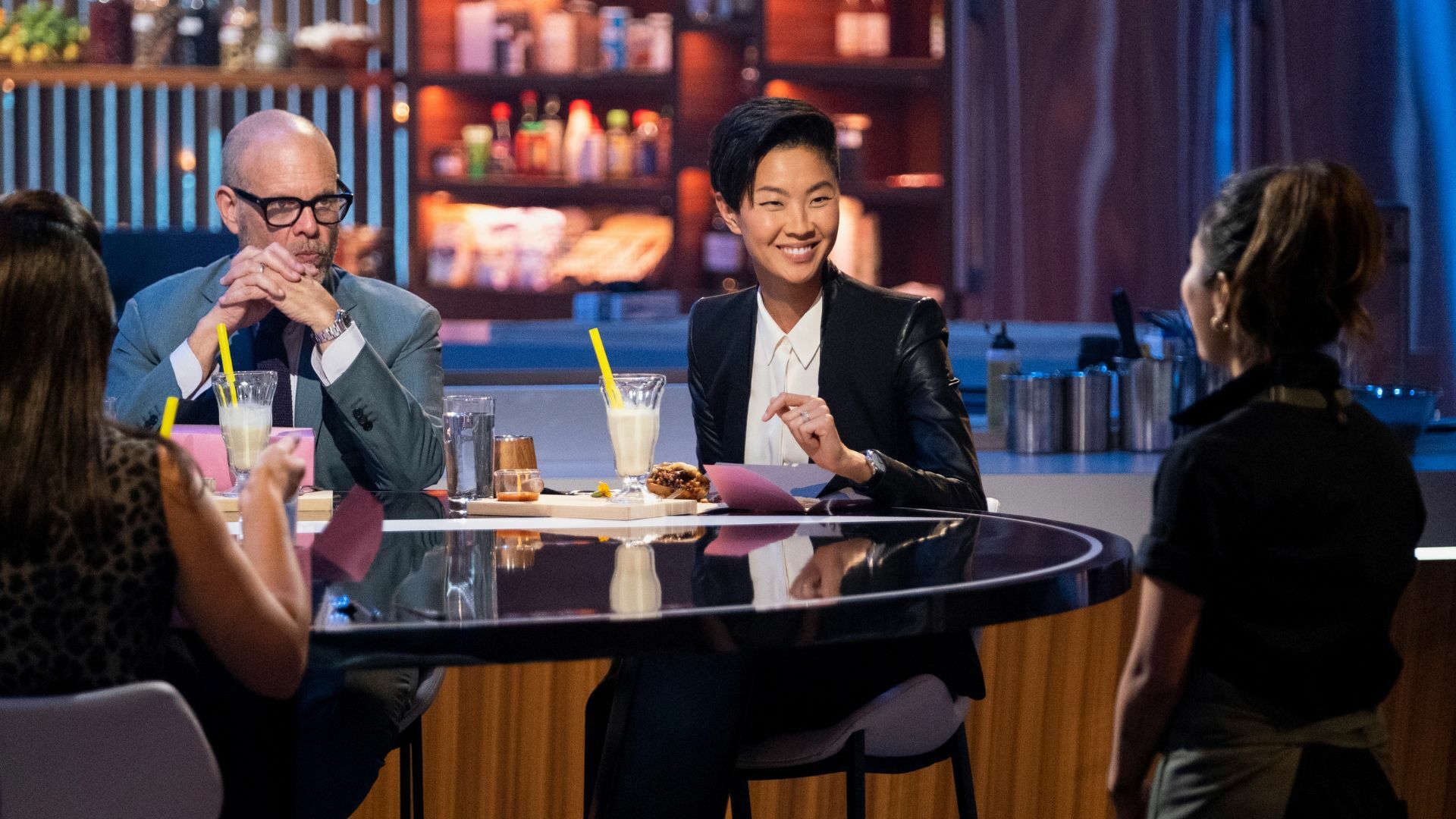 To their credit, Brown and Kish bring a playful competitiveness to educating the public on cooking. When there’s time (amid twists), this dashing duo makes sure every lesser-known technique, curious food fact, or forgotten culinary history is presented with a jubilant aggression, like two trivia nerds trying to outdo each other but relishing the game more than the winning. Even as they bicker over predictions of dishes or the names of obscure techniques, Kish and Brown have a terrific chemistry that’s always spirited, welcoming us into their giddy huddle.

If Iron Chef: Quest for an Iron Legend gets a second season, here’s hoping it’ll find its flow. Rather than pitching in a flurry of “fun” ideas meant to keep knocking the chefs off-balance, this first season overwhelmed my palette, like too much truffle oil. A touch of surprise in Kitchen Stadium is welcomed, sure. But from there, I don’t want more and more — I want to breathe in the history playing out before our eyes, savor the developing of the dishes, and relish in all the passion and knowledge that’s composing drool-worthy meals. Leave the shenanigans to Nailed It.