If you happen to be a fan of his or you just want to watch some pretty good movies, here’s what you can do to celebrate his birthday: watch his movies that are available on Netflix! 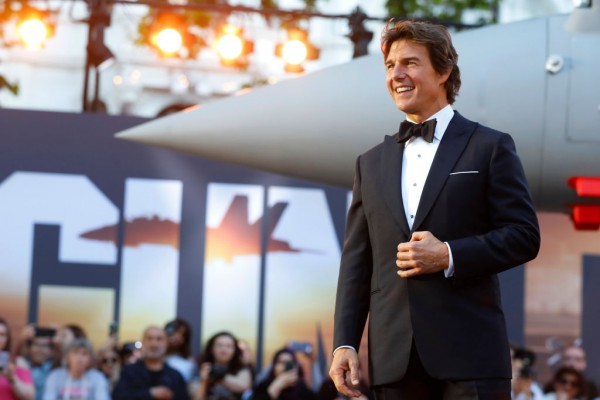 Here are some examples:

If you are looking for a critically acclaimed Tom Cruise film, you cannot go wrong with “Collateral.”

Released in 2004, “Collateral” also stars Jamie Foxx, Jada Pinkett Smith, Mark Ruffalo, and Javier Bardem, among others. It follows the story of a taxi driver held hostage by his passenger, who happens to be a hitman on a contract killing spree.

‘Interview with the Vampire’

Based on the Anne Rice novel of the same name, “Interview with the Vampire” was released in November 1994. Cruise stars in the film along with Brad Pitt, Christian Slater, Antonio Banderas, and Kirsten Dunst, among others.

Today’s birthday boy plays the role of Lestat, who turns Louise, played by Pitt, into a vampire. The movie follows their story, along with how they turned a 10-year-old girl into a vampire as well.

Tom Cruise has played a number of memorable characters throughout his career. Pete “Maverick” Mitchell. Ethan Hunt. And of course, Jack Reacher.

If you happen to be a fan of the “Jack Reacher” series, “Jack Reacher: Never Go Back” is available to stream on Netflix. Released in 2016, it is the sequel to the “Jack Reacher” film that came out in 2012. Cobie Smulders, Aldis Hodge, Danika Yarosh, and more are also part of the cast.

READ ALSO  Stream It or Skip It?

Think Tom Cruise cannot do comedy? “Knight and Day” can and probably will change your mind.

Cruise plays the role of secret agent on the run from the CIA and ends up getting involved with a classic car restorer, played by Cameron Diaz. The film was released in 2010 and also stars Peter Sarsgaard, Viola Davis, and many more. Even Gal Gadot is in the movie.

Many movies that feature a character from the West integrating themselves into the history and culture of the East have been criticized and have done poorly in the box office. The same cannot be said for “The Last Samurai.”

In this film, which came out in 2003, the birthday boy plays the role of an American soldier who comes into contact with the samurai and befriends the titular character himself, played by Ken Watanabe. Timothy Spall, Shin Koyamada, Tony Goldwyn, Hiroyuki Sanada, and more also star.

if post-apocalyptic films are more of your thing, then “Oblivion,” which was released in 2013, is right up your alley.

Tom Cruise plays the character of Jack Harper, a technician living in a time where extraterrestrials have caused humanity to relocate to a place called Titan. He gets sent back to Earth to repair drones used to fight against the extraterrestrials. Olga Kurylenko, Morgan Freeman, Nikolaj Coster-Waldu, and Andrea Riseborough also star.